My early years as a steward. 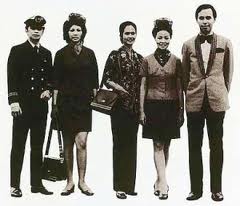 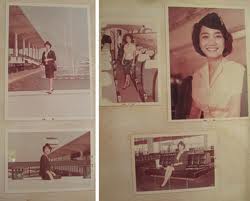 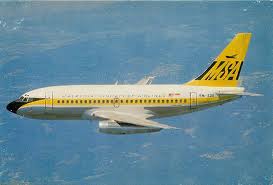 I started with SIA' predecessor MSA (Malaysia Singapore Airlines) as a flight steward in Feb 1968. I was 22 years old then. My starting salary was S$255 per month during training which lasted 3 months.
After "Graduation", I was posted to the F27 aircraft fleet which flew to cities in Malaysia. My average gross pay packet was US$150 or S$450 a month (it was S$3 to US$1 exchange rate in 1968) ,which was quite good in those days.
After a 6 month probationary period I became a "confirmed" staff of MSA and was promoted to the Comet fleet which flew to international destinations like Perth, Hong Kong, Taipei etc.
My salary went up by 40% mainly because of the night stop and meal allowances paid by the company whenever we stopped at those cities. I think the meal allowance for a day stay in any city was S$33 flat.

Life on the comet jet fleet was more exciting. The cabin and cockpit crew were put up in 5 star hotels whenever they night-stopped at outstation.
Passengers traveling on jet planes were more sophisticated than those on the domestic F27s. They were a class of their own. Even the economy or coach class passengers were more polished than today's passengers. Most of these passengers were well dressed and rich and were more friendly and well mannered than their present day counterparts. They were also generous with the crew, some tipping the crew with hundreds of dollars at a time or treating the entire set of crew to dinners and what have you, whenever they stopped with us at outstation. I still remember the rich and very generous passengers like Malaysian tycoon Tan Sri Eric Chia, Sugar King Mr. Robert Kuok,the late Indonesian businessman Mr. Sutopo Yap whom we affectionately addressed as "Pak", Datok Lin of Sabah,the late chief minister of Sabah Tan Sri Mustapha, the late Chief Minister of Singapore Mr. David Marshal and many more. Some of these passengers married our stewardesses.
I remembered the first stewardess to be "hooked" by a Chinese business tycoon was Jill ( not her real name), a delightful looking girl whose make-up made her looked like a Hong Kong actress. She was chauffeured wherever she was,whether it was in Hong Kong or Singapore. I remembered her pestering her rich but stingy boyfriend to bring the whole set of cabin crew out for dinner one night in Hong Kong. He did however, reluctantly brought all of us out with Jill for a lovely meal in Hong Kong. This rich boyfriend of Jill was a big business tycoon in Malaysia.He must have been in his 40s and Dilly was a sweet mid-20s.

The next thing I recalled was Jill and her boyfriend broke off after a few years together and this time Jill was flirting around with another filthy rich Malaysian multi millionaire who was younger than the first one.

All in all, I think Jill has amassed a huge fortune from these 2
"boyfriends". She would probably owned a few houses and apartments with lots of cash and jewellries. Oh Jill must be in her 60s now..still alive I was told and living in Penang.

There were senior stewardesses who were bitchy. If you did not have them on your side, they could make life difficult for you. To win them over, it was like a piece of cake for me. I shared room with them whenever they were afraid to sleep alone. I carried their stuff when out shopping with them.
Many of them were gorgeous and when sharing room with them I was tempted to jump into their beds......but I would not dare too because they were the no nonsense type. They would get me a sack if I did that to them. To them we young stewards were like little brothers.
Life was fun and we look forward to flying everyday. These days the crew are more grouchy and full of complaints. Perhaps, stewarding is no longer a glamorous or attractive job anymore. Maybe this generation of crew aren't hungry like we used to. Or  is it something wrong with the way things are being run ??......I don't really have the right anwers.

Is the one on the left Yusof Sidek BT?

Those were the days when the cabin service was the best in the world. I remember MSA.

Do you recall who was the Managing Director before Cheong Choon Kong?

If Tim Russell's recalled correctly, in really olden days, "no direct flight" don't just mean a couple hours of stopover - it meant offloading the passengers into hotels overnight and the captain hosts dinner for premium passengers.

Were you there during those days or after?

Not during my time as far as I can remember...Snowy

It was Mr Lim Ching Beng or George Chan.

Good sharing, have you read about Robert Kuok Hock Nien notes on the past sixty years on the occasion of Kuok Group’s 60th Anniversary 10 April 2009? Check it at:
http://kidbuxblog.com/robert-kuok-hock-nien-notes-on-the-past-sixty-years/