The things I like and hate working for SIA (Singapore Airlines) cabin crew division. 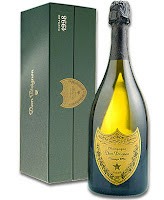 As crew members, we have plenty of delicious food catered on the flight. Each crew would be given at least a main course plus maybe some dessert,bread rolls etc. As though this crew meal was not enough, we had surplus of first class, biz class and cattle class food. Always extra passenger food for the crew because if we had say 7 first class passengers, the airline would cater sufficient food to feed 12 passengers. So even all 7 paxs ate their share of food,we would have 5 portions of meals extra. Of course the damn cockpit crew would be given the first choice over cabin crew.
Talking about those jackass c'pit crew,there was one I remember who chastised the supervisor because the only f/c lobster leftover was not given to him but reserved for a stewardess. He took the trouble to search the f/c class galley for that lobster and found it hidden somewhere in the oven. So he called up the f/c crew and screwed the IFS in front of the junior cabin crew. Anyway,I don't wanna talk about that dead pilot( has since kick the bucket) so his soul could rest in peace or perhaps still in the habit of searching for lobsters.
As crew, we had the luxury of eating lobsters, rib eye steak,caviar, pate d foie gras and others.
Washing our hands with Dom Perignon( one of the finest champagne) was another luxury few could afford. Before the the flight ended we had to throw away all opened bottles of wine and champagne. These opened drinks could not be kept like we would do in our homes because of the temperature in the stores. So instead of just pouring them into aircraft sink,we would wash our hands and sometimes our faces with these champagne or wines.
There was an occasion when a male crew and myself was told by a custom officer we smelt like champagne as he cleared us at an Australian port. If it was a sexy female ozz officer, we would've let her lick the expensive Dom off our faces.....stay tun e hor cos more to come leh.

aiya Y u so stupid huh? I said those Dom were supposed to be thrown down the a/c sink but we don't wanna waste and so wash our faces and hands lor. That's Y i got such nice ass-skin...hehehe

sorry, i dont drink therefore i dont know much abt alcohols..

but dom n wine can be used to wash face and hands? thats new for me