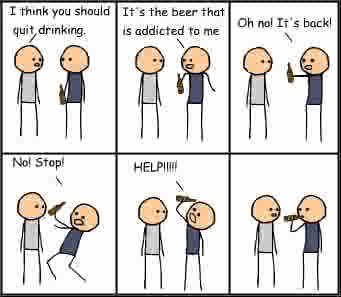 By this time almost everyone in SQ knows that it's cabin crew division has this system of asking junior crew to give feedback on their supervisors' performances on their flights.
Why has cc come to this stage? Answer is some of the ifs (in flight supervisor)are skiving and in the worst case scenario some even drank alcohol whilst on duty. Others 'off-load' (stole) things from the aircraft for their own consumption.
During my time, there was this ifs who was so pissed that he can't even wear his hair piece properly. His subordinates had to adjust his hairpiece for him on the flight. I was told he would regularly filled up the 1.5 liter mineral water bottle with whisky and brought to the hotel.
Another one fainted on his flight because according to a doctor, he was suffering from alcohol withdrawal (his superior was on his flight to do an appraisal on him and so he had to refrain from drinking)...what a joke!
Whenever a passenger loses his wallet or money, a particular ifs would be on that flight. Was it a co-incidence? Can't be when 1/2 dozen of such cases happened on that ifs's flights. He was once seen by his crew to have flushed a passenger's passport and wallet (after he had emptied its contents)into the aircraft toilet.
There were other cases of ill disciplined ifs.
On the flip side there were also ifs who were on the 'ball'. These ifs were conscientious,always had the welfare of passengers and crew in their minds.
Take the late Philip Voon for an example. He was an exemplary ifs and cc rightly extended his retirement to 60. He died about 3 month before his retirement. In fact, his last flight was a turnaround flight where some ifs in his situation would have reported sick.
John Mitchel was another good example. One of the outstanding things he did was cleaning a disabled passenger's butt after a severe bout of diarrhoea. He could have instructed the ground staff to do the dirty job but chose to do it with his crew (a/c was on ground after a flight).
There were many ifs who were good crew but a few bad apples had damaged their reputation.
It is a good move by cc management to introduce the above practice. In this way, cc can differentiate the good and the bad ifs.

I am with you on this matter. In fact, I am a whistle blower.

KNN whistle blower,wait until u become an IFS den u know how we feel about smart aleck BT said about us!

jialat bortong is an asshole, like dat cc management will be keeping an eye on all the ifs.. your mouth stinks lah..

BT is an asshole,big fat mouth.We IFS sure die one coz management will rid us.

Hahah.....this goes to the last comment bt .Anonymous.....by stating that the management will get rid of us very obviously tells me that you are not an IFS.(Bloody Wann-Be!)

Me asshole?? Me blog open management's eyes which had been closed for a loooong time...hahaha