Story from a newbie stewardess who was molested by her captain. 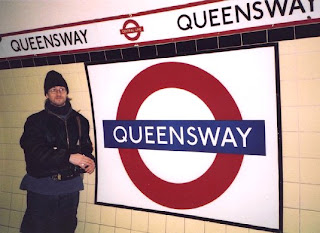 Above was the Queensway Underground 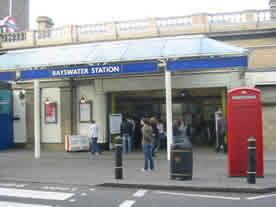 This was the Bayswater Station, barely 200 meters from Queensway Station.

On my 3rd month of flying, I was rostered for my first London flight. On the way to London we nightstopped in Dubai and on the way back we flew non-stop LON/SIN.
I was hoping that this flight would turned out to be a good and memorable one.
All the other flights since my first solo were uneventful.
By now, I had learnt to cope quite well even under difficult circumstances.I must say that I adjusted to flying life easily. My colleagues and I could get along well. I had no problem in handling passengers too.
On my first day in London, I followed my crew to Queensway to eat the famous Hong Kong char siew duck rice. It was very yummy and I ate so much that I almost had to pay double share.
Then we bought 'dry stores' items like fruits, chocolates,biscuits etc and stocked them up in our rooms.
For those of you who are not crew, these so called 'dry stores' are a great help in the middle of the night when you get hungry and the hotel room service would cost a bomb.
It is still a universal practice of the airline crew to buy 'dry stores' whenever they stopped over at a station for more than a night.
Some even 'tar pow' (pack) 'bak kuah' (bbq pork slices) and 'bak chunk' (dumpling made of glutinous rice and pork or other kinds of meat) for their nightstops.
London was an expensive place and we had to be careful with our spending.

On the first night, just as I was preparing for bed, Captain AK (Alan Kang,not his real name though),who was also our commander on the way up from SIN,rang me up. He invited me over to his room for supper and drinks. He told me the first officer was also with him.
I politely refused the invitation but he was very persistent. The F/O also spoke to me on the phone and persuaded me to come over to capt AK's room.
Still, I refused and he hung up.
About 15 mins had passed since the phonecalls.Then there was a knock at my door. I peeped thru' the spy hole and saw that it was capt. AK. I asked him what he wanted and he asked me to open my door. I told him I needed to sleep but he kept knocking and it got louder each time.
In the end, I opened the door and he burst into my room.
He grabbed hold of me and kissed me on the mouth. I was shocked at such behavior especially coming from a commander.
Capt AK was in his 40's and he was short and ugly. He did not look like the refine type of commander, very 'ah peh' ( old man) I must say. I was not particulary fond of him but I gave him the respect as a capt.

The next thing I realised, he was taking off his pants and pinned me down on the bed. He was strong and it was difficult for me to push him away. He then grabbed hold of my blouse and pulled it apart,exposing my breast. He put his mouth and cupped my tits . I felt a burning sensation around my breast as he sucked it. It was an unpleasant experince and I nearly died. Then I suddenly felt a surge of strength came over me.
I struggled to free myself from his hold and in a reflexed action, I kicked him in his balls.
Capt. AK let out a loud cry and he clutched his balls.
Within the next second, he fell to the floor and became unconscious.
I panicked. Did I kill or hurt Capt. AK? Surely I will be sacked for harming a Capt., I told myself.
I called the F/O and he came over and revived the Capt.
He told me not to worry and should keep the incident to the three of us. He told me even if the Capt. was hurt, we should not tell anyone what had happened in my room. It might led to my dismissal for " assaulting" a "high ranking" crew.
All this time, Capt AK was holding his balls and didn't say a word.
After about half an hour, they left my room.
I couldn't sleep the whole night because I was afraid the matter would be leaked out and I might get the sack.
How naive I was at that time to believe the F/O and I kept the whole matter a secret for almost six months.
Hmmm...well all these unfortunate things happened because they came with the job, I was made to believe.

Do this always happened to all girl cabin crew?
I really want to know about this.
Thank you for your story.

It happens when u dun know how to carry yourself.

Some pilots hit on the stewardesses
because they think they are easy pickings. Just like plucking cherries from the tree. There was a capt who walked several miles to the stewardess' hotel uninvited, bought a pizza along the way, and with that, tried to jump into bed with her. Unfortunately, he picked the wrong gal. She was mad as hell - the pizza wasn't even warm.
There was this co-pilot who invited this stewardess for a drink after the flight in HKG. Before landing, he asked her for 2 cans of coke. He called her and made excuses about not being able to meet her at her hotel and asked her to come over to his hotel instead. She took a ferry from Kowloon to his hotel in HKG. When she called him from the hotel lobby, he invited her up to his room. Instead of bringing her to some nice pub or disco for a drink, he brought out the 2 cans of coke which she gave him hours earlier! Sorry, I can't tell you whether the evening ended well for the young man.

ha ha ha u were the co-pilot and that's Y u are not telling.

No, Sherry. I am not the co-pilot.
If I want to woo a girl I fancy, I would do it in style, make it a night to remember for her. Ha ha.

Anyway, these incidents of harassment by seniors are not so rampant now because of self-awareness classes the newbies attend, where they are taught what to do to ward off unwelcome attention from these "sotongs". I call them "sotongs" not because they are "blur", but because of their "extra hands". Now, the "hunters" sometimes become the "hunted". Some of the seniors try their luck and find out what a heavy price they have to pay - either lose their jobs or pay a five figure sum of money to seal the lips of their victims.

this the MAIN reason why the CC and TC don't stay in the same hotel.