Finally the UN forces are attacking 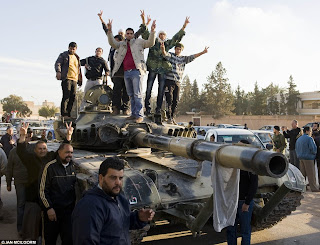 Early this morning, The French flew 20 Mirages over the Benghazi area and fired at Qaddafi forces,tanks and artillery in order to halt their slaughtering of innocent Libyan citizens.
A few hours later, the US and English joined in the operation by firing over 100 missiles from their wars ships and submarines in the Mediterranean at military targets in Tripoli.
Qaddafi remains defiant in the face of the attacks from Allied forces. 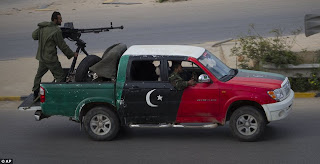 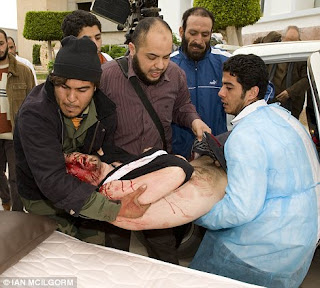 It would be in a matter of days before Qaddafi and his sons suffer the same fate as Saddam Hussein and his two sons.