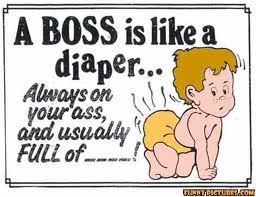 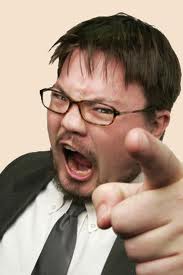 .....A week after the unpleasant briefing session with LL, Drac had a phone call from a woman called Kim.
She identified herself as the girlfriend of LL. " Drac I know how much you wanted to axe LL and I can help you achieve that..." came the sweet sexy voice of Kim. Below that sweet sexy voice lied a woman who was full of hate and scorn for LL.
LL wanted to leave Kim because his wife who was studying dentistry in London was about to come back to Singapore. From the start of their affair,LL made it clear to Kim that he would never leave his wife for her. To him, theirs was a fling that had to end when his wife came back from her study. But Kim was determined to get hooked with LL and made him divorced his wife although at first Kim agreed to the terms set out earlier by LL.
Kim was very bitter with LL. After living with LL for the last one year like a loving wife,she now must leave him. Kim knew she didn't have a chance at all as LL was very much in love with his wife. Kim knowing that it was fruitless to pursue that matter,thought it was best to hit LL where it really hurt....and that was to get him sacked from the airline.
LL had been telling Kim how much his boss Drac hated him and wanted to get him a sack. Kim thought it now was the best time to call Drac, make friend with him and together conspired to get LL a sack.
......" Drac, LL had stolen 3 bottles of liquor from the airline and they are with me now"... "You see LL and I  are living together in my apartment and you could send your security people here to confiscate the bottles......and LL is away on flight....." came the sweet voice of Kim.
At the other end of the phone line, Drac was fiddling with his little brother. He was enchanted by the sexy voice of Kim. The thought of him going to bed with her excited Drac.  Now, Drac not only planned to get LL into trouble but sleep with Kim. Wow.....What a great idea! thought Drac.

Drac alerted the security personnel and ordered one of his admin officer by the name of Phil to accompany the security people to Kim's place. They seized the "stolen" items and brought them back to the security office.

A day later, LL was apprehended at the airport upon his arrival from London. He was shown the charge made against him and was asked to see Drac the next morning.

No explanation by LL could convinced Drac that the 3 bottles of liquor seized were purchased and paid in cash by LL.

The day came when the company hold a disciplinary inquiry against LL.  Poor LL was found guilty of theft and dismissed from the airline.

LL was in a state of shock when he found the 3 bottles of liquor had  " for passenger consumption only" stamped on them.

Whether the rumour was true or not we don't know for sure that Drac later on had an affair with Kim.

BT ur ex boss was an arse hole!

It was about Dom Perignion.

What a jerk Drac was!

So u guys agree tat my ex boss was a jerk huh?....sure he was and there may be more "jerky" stories to come hahaha.