Was I scared of dying in a plane crash? 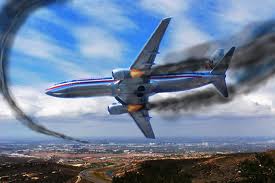 As a crew, I have flown thousands of flights in my 35 year career. It scared me because if you follow that above formula it means my chances is perhaps 1 in 2.
Nonsense! I don't believe it's correct. It's bullshit cos I am still alive hahaha!

On almost all my flights, I would say a prayer before the plane took off, asking the Almighty to protect the passengers and myself from all "evil and harm".

There were a few minor incidences on my flights but there were not death threatening. Perhaps, I had saved a flight by being observant.
An old Boeing 707's engine number one was on fire between SIN and PER. I was on that flight and alerted the pilots. They immediately shut off that engine and it minimized the chances of an explosion in mid air.
Later on the captain told me the fire warning system in the cockpit failed to function and that was the reason he did'nt know the engine was on fire.

Before each take-off and landing, I would rehearse in my mind the safety measures I would have to take in case of an accident. Thankfully in all those 35 years of flying I don't have to put my safety training into action.


Yes, we were trained to handle all emergencies on board as well as on ground. Every year, we had to renew our SEP (safety emergency procedure) licence. We each spent 2 days every year in the Safety department to get our SEP licence renewed. We had to pass all the theory and practical exams which included fire fighting, swimming, slide jumping, first aid etc. If we failed badly in our exams, we had to join a class of new trainees and go through the whole 2 week course again.


Hopefully, there will be zero accidents for all airlines in the air as well as on the ground for many years to come is my prayer.

I don't know how the formula,1 in 270,417 (for 1 flight)was derived. Perhaps, it should be a less generous. However, I think the formula would remain the same whether you fly once in a year or 100 times in a year, for each flight. That is the reason some flying veterans remain alive while some rookie crew members were dead.

Gerard said...
Hey SS, GT here. I dunno if you remember me but I remember you ba. I have a few stories which I would like to share but can't be bothered to set up my own blog. I guess you not being faceless and reading about your experiences has inspired me. Find me on Facebook or email me
and I will send stories for your vetting pleasure. 8-)