He was a Chinese national returning home after a stint in Singapore. He quarrelled with his taxi driver,took over the taxi and crashed it onto a cleaner.His rash act not only caused the death of an innocent cleaner but brought anguish and great grief to his family who was waiting for his arrival in China . 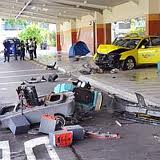 On the same day, another Chinese national jumped to her death from her flat in Singapore in front of her 8 year old son,husband and aged mother. She was apparently upset with her mother over a trivial matter. 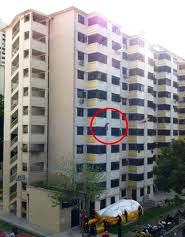 An ex steward friend of mine was stabbed to death when he tried to beat up the bar manager over a disputed bill.
Once, I was almost killed by a young and hot tempered car driver all because I overtook him. He chased and stopped me, exited his car with a steering lock and almost hit me.  He was angry and instintively, I apologized profusedly and calm him down. He would have killed me and then what will happen next? I am an old man but he is a young man who had more to lose. Or what would happened if I challenged him? I may have killed him right? See but I was cool and could envision what comes next. So what is an apology? Just mere free words spoken with humility and in the end save the day for both of us.

In the heat of the moment, people could act rashly and regret for their actions.
A senior co-pilot hit an old man because he kept blowing his car horn at him. Irritating he might be but the pilot has got no right to beat up  that old guy up. As a result of the road rage,the pilot was sentenced to 2 weeks in prison. He was never made a captain although the airline reinstated him after his imprisonment.
A passenger, hit by a meal cart, spat at the stewardess. He was sued and had to eat the humble pie by settling the matter out of court with the stewardess.
Another punched a steward over a small matter was also charged in court for using criminal force. A few male passengers molested some stewardesses in the heat of the moment were also hauled to court and prosecuted.
I am not in a position to advise anybody but due to my experience and age I can safely say some of these things work. Consider what I've said  before you do anything stupid at the spur of the moment.
1. Before we act rashly, think of our loved ones. Think of the miseries we would put them in by our stupid and impulsive behaviour. Can you imagine how the little children who were eagerly waiting for their father felt when told daddy is not coming home because he killed somebody in Singapore? Do you recall the slogan along our highway put up by LTA that goes like this " Drive carefully think of our loved ones"?
2. Before we act impulsively, think the horrible time we would spend behind bars?  Prison life is real bad. I know exactly what life behind bars means because I used to work as a prison officer many years ago. Outside of prison you may have hit somebody or raped a woman or think you are a hero but once inside you may be sodomised and treated like a scum. 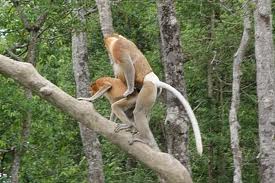 3. Forgive because we all make mistakes. Remember the saying "To err is human to forgive is divine "?   Life is short so don't mess it up by acting impulsively.

4. Think of ourselves as a "nobody" because in reality we are nothing more than some kilograms of dust which will return to dust or earth.

Anyone has some more to add?

hi uncle bohtong, i was wondering how much are trainee cabin crews paid during their 4 months training period... does it depend on academic qualifications? thx, glad

They r paid about 1K after cpf deduction.Yes grads & NS men get more.
Pls note this is not the right plc for this comment as it's not relate to the post.

ppl are leaving & yet ppl would want to join...after joining they finished their bon and leave.