Tattoo can or cannot for cabin crew ? 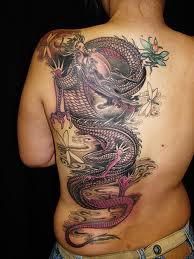 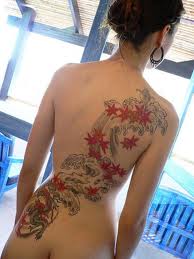 A young man at my seminar recently asked why shouldn't the airlines accept people with tattoos as their crew.
Politely, I told him most employers view tattoos as a mark of gangsterism and bad behavior.
The Yakuzas or gangsters in Japan would normally have their bodies tattooed to show who they are and which organised gangs they belong to. The Russian Mafia also tattooed their bodies.
The Nazi Germans tattooed their Jewish prisoners. In the old days of slavery, the slaves were tattooed. Some had their foreheads tattooed  "runaway slave".
Many religions like Islam, Christianity, Judaism forbid their followers to wear tattoos.
Coming back to my participant's question, I told him the airlines do not want their passengers to feel intimidated by tattoo wearing crew . As I have said earlier, tattoos are usually associated with gangs and thugs and so it's not appropriate to be part of the airline uniform.
The questioner was an innocent young man who thought tattoos are fashionable and stylish. Under present day thinking I agreed with his view but nevertheless I think the airlines do not.
Today, that gentleman is a cabin crew with an established airline.

Depending on the type of ink used for the tattoo, it may be difficult to use magnetic resonnance imaging ( MRI).

This means one less diagnostic option
Check it out.

No tatoo for crew. Intimidating.
Yup, too bad if you have tatoo already. Anyway there are so many people to choose from.

Unless tatoo is in very private area,
with aroma too.

Once a Lss leaned over a desk at control. She was in civies, and her low cut pants exposed a tatoo.

It was a wonderful sight.. we commented to her that she had a lovely looking lobster.

She replied with absolute disgust and corrected us:

and with great hurt, stormed off!

Gee, scorpian eh?.. it must have put on some weight..

Lobster can be eaten but not Scorpion. That was Y she was very angry. Anyway whichever animal it is no big deal! Lss not well behaved, ya ya papaya type.

Scorpion can be eaten if you deep fry it.

It is not compulsory that the tattoos designs are only used by gangsterism. It is a passion for many of us.