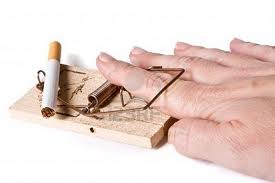 He looked familiar but I took quite a while to recall who he was.....ah then I remember he was a captain whom I have crossed swords during our flying days.
The reason I can't recognized him at first was because he looked old and has put on so much weight, at least 15 kg. He was as ugly as a monster even when he was a young man and so you can just imagine how he looks at 66 years old.
A captain like him would have earned at least $25,000 per month just before retirement. Yes, he was a senior B747 captain, having put in around 35 years of service.
Let's call him Ass. I knew him when he was a young navigator back in the 1970s. We joined the company about the same time. He joined as a trainee navigator and I as a steward. I was an art student and he was a science student. To be a technical crew,one had to be a science student.
On a flight back in the early 1970s I caught Ass stealing cigarettes meant for my first class passengers. I would have given a free packet if he would have asked me. I told him off and he wasn't happy with me.
After the incidence,we never flew together until he became a captain some 20+ years later.
After the plane took off, Ass summoned me to the cockpit. He was angry because the cabin crew forgot to serve him drinks after the fasten seat belt signs had been switched off. Ass shouted at me and threatened to report me to the office. He didn't realised that as a cabin crew executive I was not in charge of the service. The IFS or Inflight Supervisor was the person in charge. Ass was barking at the wrong tree. When I told him that, he was even more upset with me. "Oh come on you mean to say I don't know my job?"..Ass barked at me. " Ya, you only know how to drive this damn plane and that's about it!" I retorted.
At this point, I realized he wanted to get even with me for that cigarette stealing incidence many years ago.
Balls to him man! I left the cockpit and never to see him again until recently at the hawker center.
Cheapskate la this people, earning 5k as a navigator in the early 1970s and still wanna steal cigarettes. Can't stand this type of crew.....hmmm feel like kicking his ass that day I met him at the hawker center.

Relax lah, wow at least u look more handsome than him . angry not good for your health.