Continuation of the adventure of Tomato Face steward

Continue from here and back by popular request:
http://www.bohtong.org/2010/09/story-of-tomato-face-senior-steward-pt.html 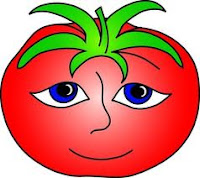 Our stay in Hawaii was only for a night. It was a "gift" trip from TF who had unofficially made the arrangement for us to stay there without the knowledge of the management. As a gesture of appreciation to TF, a colleague by the name of Doha invited TF and a few of us to his room to peep at him making love to a woman. We hid behind the glass balcony of Doha's hotel room. TF was in the closet. The woman did not know we were watching Doha making love to her. After a while,TF made his sudden unwelcome appearance near the bed. The  woman was shocked to see a "stranger" in Doha's room. She wanted to scream but Doha shut her mouth with his palm. By this time,TF hurriedly took off his pants and grabbed hold of the woman by her waist.  She wrestled TF and both fell onto the carpeted floor. TF tried to kiss her on the mouth and some of the peeping Toms rushed out from their hiding places and freed the girl from TF.
The girl quickly put on her dress and dashed out of the room,never to return.
TF was frustratedly angry with a few of the colleagues who freed the girl from his hold. He cursed and swore at them.
We flew from Hawaii to San Francisco the next day. We stayed at the Hyatt Regency where the famous movie " Towering Inferno" was filmed in 1974.
In the evening, since it was our first visit to the USA, TF urged us to go out and paint the town red. Some of us were simply too tired to go out. TF and Doha went out to the pubs and drank themselves silly that night.
On checking out the next morning, Doha told us he was robbed at gun point by a sexy Afro-American hooker whom he paid to have sex with. He lost his wallet that contained several hundred US and SIN dollars. Fortunately, Doha was not shot at.
Doha told us TF was the one who got the hooker for him. TF preferred white hookers. ( I hope TF's wife is not reading this story or else he will be in deep trouble).
Other than Doha's case, nothing eventful happened during our over night stay in SFO.
We flew directly to Seattle on a domestic flight. We were met by the Boeing people at the airport who escorted us to our hotel.
The next morning, we attended the Boeing 727 cabin familiarization course. Frankly, it was so boring that most of us had to struggle to keep awake during the lessons.
We stayed in Seattle for 5 nights. Most of the nights were spent in the pubs or in the our hotel rooms playing cards among ourselves.
In Seattle, during one of the nights, Doha was almost robbed again as he boasted to the Americans drunkards at a pub that he was the son of a wealthy Indian Maharajah who was in Seattle to buy a couple of B727s. He told them we were his pilots and engineers.
Almost every night Doha and TF were drunk. These two were able to finish a bottle of Scotch a night for 4 nights consecutively. During lessons, these two would be dozing off.
In 1981, TF immigrated to Australia with his family. He has settled down comfortably running a small business of his own. I must confess that TF is a highly intelligent and capable man. He gave up smoking,gambling and all the other vices and keeps himself fit by exercising and drinking a little red wine. We are still friends to this day although we seldom contact one another.
Doha passed away a few years ago. We missed him. I must also admit that Doha was a very intelligent and easy going person. If not for the over consumption of alcohol and tobacco, Doha would still be alive today.