I have to take sides now

Recently a spat between some people and a renowned Singapore lady blogger by the name of Wendy Cheng or more popularly known as Xiaxue has been going on  over the internet for some reasons. They called her a 'stupid bimbo' and a 'whore' on line and are getting a taste of their own medicine.
The saga drew thousands to her blog and I am one of them.
I must applaud what Xiaxue did to these " men". I don't like people who hide behind the skirt of anonymity  and slam others online without any good reasons.
Some ball-less people had done this to me too and I usually do not fight back. I think after reading what Xiaxue did to those " men" I now have the courage to fight back too.
Thank a zillion Xiaxue for leading the battle against the ball-men and panty-less woman.


Below taken from the Straits Times

She posts on blog pictures of those who insulted her over PAP rally photos
By Grace Chua and Jessica Lim, The Straits Times, 25 May 2012 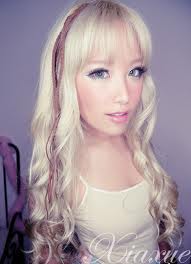 MEN who this week called popular blogger Xiaxue a 'stupid bimbo' and a 'whore' online are getting a taste of their own medicine.

She is fighting back by posting their photos and information on her blog, in an attempt to show that they do not have much of a leg to stand on in the looks and intelligence department themselves.

The furore started when photos of her with two friends, taken without permission from their blogs, surfaced on the Facebook page of political website Temasek Review on Monday, Tuesday and yesterday, with an invitation to caption them.

The photos of the three - Xiaxue and her friends Qiu Qiu and Sophie - were taken at a People's Action Party (PAP) rally in Aljunied GRC during last May's general election. In the photo, Xiaxue, 28, and Qiu Qiu, 24, have PAP logos on their faces.

In her blog, Xiaxue has never made her support for Singapore's ruling party a secret.

Commenters responded to the Temasek Review's invitation readily: 'Cheap b****,' said one.

'Pretty and sexy girls, which part of Geylang they work?', said another.

Xiaxue, whose real name is Wendy Cheng, posted on her blog yesterday: 'I don't know what is their problem (sic) because as I said, I have not uttered a word about this election and the photos are one year old.'

To get back at them, she trawled Facebook for their photos and information - and Facebook was obliging, because many of their profiles were public.

'I did not hack their accounts or even snoop very hard,' she said. 'Their details and pictures can be found by anyone who clicks on their Facebook profile upon seeing their comments on Temasek Review's Facebook page, which has over 10,000 likes.'

She added: 'What kind of men would say this kind of thing? Singaporean men are such bullies. They think I'm a nobody - just a random girl they can bully.'

Among the men who featured in her gallery of 'bullies' were several who are married with children.

When asked by The Straits Times yesterday whether putting up their pictures meant she was stooping to their level, Xiaxue was unapologetic.

She said: 'No, I would never ever talk about somebody like that unless they personally attacked me. How can I sink to their level, to call them a sex worker in such a derogatory manner?'

She is no stranger to hostile online feuds, or 'flaming', herself, having written profanity-strewn posts about those who have got her goat in the past.

Asked why online commenters are hostile, sociopolitical blogger Siew Kum Hong said there is a 'herd instinct' at work, exacerbated by the anonymous nature of online interaction.

He said: 'You don't see the other people in front of you. You don't have to deal with the discomfort that it can cause.'

He noted, however, that in the past, such 'flame wars' took place on more niche forums such as Sammyboy, rather than on Facebook, 'which is very much in your face'.

He does not think Singapore needs a law or official code for online conduct, but said it will be difficult to change online interaction, because people must want to do the right thing themselves.

'There is no silver bullet, no easy answer. You are free to do it, because there are few repercussions... It has to be intrinsic: You realise that you will hurt someone, and there is a human being at the receiving end.'

One of the victims of Xiaxue's revenge, swim coach Lim Soon Chwee, 34, told The Straits Times last night that his comment, 'Pretty and sexy girls, which part of Geylang they work?' was incomplete.

'I didn't mean that at all,' he said, adding that he was actually trying to defend her.

'She's a public figure and she's probably just trying to increase the number of eyeballs on her blog.'

When he told his wife about Xiaxue's post, she just laughed, he said.

Another man who got one back from Xiaxue, Mr Hong Xing, a 35-year-old father of one, was less forgiving, because the photo Xiaxue held up for ridicule also featured his wife and child.

The engineer admitted that he had insinuated that Xiaxue was an underage prostitute, but said he preferred women in more conservative clothes.

'Look at what she is wearing. When she bends down, you can see her breasts,' he said, adding that he has seen prostitutes in Geylang who dress this way.

He said: 'My wife feels really bad. This is between Xiaxue and me. She shouldn't have attacked my family.'

BLOGGER Xiaxue is not letting the men who called her 'stupid' and a 'prostitute' online off just yet - at least not before one last blog entry.

Two weeks after she hit back against these men on her blog, she posted another entry on Monday, reproducing screen grabs of Facebook postings of her 'haters'.

She took action when photos of her with her two friends were taken without permission and surfaced on the Facebook page of political website Temasek Review, with an invitation to caption them.

Commenters responded with derogatory remarks like 'pretty and sexy girls, which part of Geylang they work?'

To get back at them, she trawled Facebook for their photos and information - much of which was public - and publicised them on her blog. She also posted pictures of them with their wives and children.

In her latest post, Xiaxue, 28, whose real name is Wendy Cheng, defended her actions in response to critics although she noted that 95 per cent of the responses had been positive.

'Did they show consideration for my innocent loved ones? Or theirs for that matter?' she wrote. She received 528 likes on Facebook for the latest post as of last night.

She also addressed the point some made that she should not be a blogger if she could not tolerate criticism.

'Do not mistake fighting for your rights with the inability to withstand adversity. The two are not the same,' she said.

She told The Straits Times yesterday it will be her last entry on the issue. 'I don't need an apology, but I'm surprised none of them was man enough to ask me to remove the pictures of their wives and kids.'

One of the men, swim coach Lim Soon Chwee, 34, said last night he was not aware of and will not read her latest post. 'I'm not interested in her anymore. In my opinion, this issue has come to a close for me.'