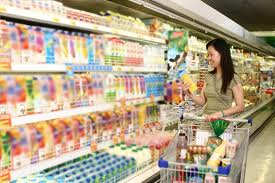 One of my favourite hangouts is the Nex Mall in Serangoon. I particularly like the coffee at Toast Box and the menu at Svenson.
For senior citizens above the age of 60 there is a 50% discount on it's food from 2pm till 5pm. The discount looks attractive but I seldom eat during those hours.
This time I was at Nex because I wanted to buy a watch from a shop called 25 hours. As I was looking at the samples from the shop window, I felt a soft touch on my shoulder. I turned around and there was my old friend Rick who is a steward with an international airline. We exchanged greetings and decided to have a cup of coffee at Toast Box. " It's time to catch up with your latest airline stories Rick" I cheekily told him. Some of my stories in the blog were from Rick. "That is if you have any interesting story to tell but I am sure you have." I told Rick.
" Sure......hmmm...did you hear of this story where one my crew was arrested for alleged shoplifting overseas? "  I replied I have not heard of it. This incidence happened a few weeks ago and the press has not pick it up yet.
" Ok ok good and please tell me over coffee"  I told Rick with eagerness in my voice.
We ordered our coffee and ham and cheese sandwiches. After a sip, Rick started to relate the story to me. It happened in like this ....................

Mona was a senior stewardess in Rick's team. Few colleagues like Mona because of her bitchiness towards them. When this incidence occurred many of her teammates cheered. They hope Mona would get a sack.

It was at the country where the crew had a layover. Mona on checking into the hotel felt that a man was watching her. He followed her to her room but short of forcing his way in. Mona felt uneasy and wanted to report the matter to the hotel security but changed her mind.
After a few hours of sleep, Mona decided to go to a shopping mall next to the hotel to eat something and perhaps shop for her cosmetics.
Again, at the hotel lobby was the same man waiting for her. He followed Mona to the mall but did not enter the restaurant which Mona had her meal.
After her meal, Mona did some shopping in a big departmental store. She picked her stuff and paid the cashier.
As Mona was exiting the store, the same man who was shadowing her stopped her. He, with a big sized women identified themselves as  the mall security staff.
They took the Mona's shopping bag and asked her to follow them to their office which was a short walk away.
On arrival, they took Mona's stuff out of the bag and examined the items she supposedly paid for. "You have not paid for this lipstick and the tooth brushes" the man accused Mona. She was shocked to see the 2 items in her bag. Mona knew very well she did not pick those items. She suspected someone must have planted them in her bag.
The security staff called the police and handed Mona to them. Mona was detained and 1 hour later returned to her room escorted by a policeman and a police woman. They searched Mona's room for more stolen products. They had a search warrant. But they found nothing that was stolen.
All along Mona pleaded innocent. In her statement to the police she stated how she was trailed by a man who happened to be a security officer even before she had entered the shopping mall. Mona also stated she had paid for all her items and the additional 2 unpaid items were planted by someone.
Mona was charged for theft but was release on bail. She was allowed to fly back to her home. The airline was not informed of her so called "theft" as she was found guilty yet.
A month after her arrest, Mona flew back to the country where she was to be charged. Strangely, the prosecutor in Mona's case did not turn up for the hearing.
After a long wait, the judge presiding over Mona's case acquitted  her.
The case is not over yet as far as Mona's employer is concerned. They conducting their own investigation.........will be updated by Rick when I meet him again.

Similar case in SQ & it happened to a css in JNB.

Kena sack?? The union helped and she is a free woman now.

This union is a lame duck so how can they help her?

Can't they view the CCTV?

dono whether got cctv or not?

Lian was on my flt last week so shes safe for now. oh yes, name is included. :)

Surprised Company is still keeping her. She must be an asset to the Airlines!! There are many credible retired crew hoping to be reemployed....Union fought for her!!! Good Grief!!!

if her conscience is clear, then she has got nothing to be afraid of. god will help eventually.

Yup she is back and her name is not Lian. She is an asset to the company, high flyer but not like by many many many crew. This Union always do the wrong things, help the wrong people. Heard the story and her version of explanation was simply unbelievable. Ask to leave but as she was not found guilty in the oversea court so maybe Union uses that to fight her case. Sad to see no justice again, bad people always die last.