The Captains who were worthy of respect.


In the 35 years of flying, I have come across many captains who were boneheaded.
That said, there were also a few good ones who were worthy of our respect.
I met a retired capt recently and he was one of the few whom we in cabin crew respect a lot. I won't mention his real name due to privacy concern. I will call him " Tough" instead. He was a Singaporean and he lived up to the name I call him here.

There was a flight which I did with Tough. I think it was an Australian flight. A passenger was trying to undermine the confidence of the others by accusing Capt Tough and his co-pilot of deserting the cockpit and spending time in the cabin. It was a frivolous attempt at discrediting the crew. Any idiot would know that if the cockpit crew were out in the cabin then who would be flying the plane? Perhaps me hor??
Anyway, this passenger made a fool of himself by asking the captain to apologise to him otherwise he would complain to our chairman. Our chairman then was Pillay and everyone in SIA knew that he was a no nonsense type of boss. He would not hesitate to take action against the staff if they were not up to the mark.
Tough told the passenger to go and "fly kite".
After landing at the airport, Tough instructed the station manager to "off load" the accusing passenger at his transit point, meaning he was not allowed to fly to his destination. He was shocked and begged Tough to let him carry on to his destination. Tough didn't even want to talk to him.
Tough had gotten rid of passengers who were abusive and rude to the crew or fellow passengers. He once "off loaded" a passenger who called him a "chink", an English ethnic slur referring mainly to a person of Chinese ethnicity.
Tough was always good to the cabin crew. He would drink with the crew when we night stopped at outstation. He never once "pull rank" with us. One would feel comfortable and protected having him as the commander of the flight.
Another captain who earned my respect was Capt Gurum S. He was gutsy and would stand by his crew. He once scolded a station manager for not supplying meals for the crew. He told the manager he won't "move the damn aircraft" if he did not bring the crew meals to the aircraft.
He saved a B707 and all the lives on board which he was piloting from crashing. Capt Gurum to me was an ace pilot.
How would the cabin crew judge the captains as being worthy of respect or otherwise?
Below is the list:
1) We hate those who demand respect eg. commanded the crew to introduce themselves first or ........
2) It's fine to love aircraft food but don't insist on having them at a time when the cabin crew are very busy serving the passengers.
3) Don't make life difficult for the cc by asking for exotic drinks like " warm honey water with a lemon slice...bla bla..." " Ovaltine with honey and 3 cubes of ice" etc...
4) Would not support the cc when a passenger abuses them.
5) Trying for the stewardesses like a cheeko pek (a sex maniac).
6) Do not clean the toilet after use.
7) Condescending towards the crew.
8) Rank pulling.
9) We dislike those who are cheapskates eg. asking for free tea bags, coffee powder etc to bring to the hotels.
10) and many more.......
11) We respect those who are considerate towards the crew.
12) Crew respect those who are polite and unassuming.
13) We love the ones who does not like aircraft food (less work for the crew)but "tar pow" yummy food for all the crew.
14) The "chin chye" types (easy going) are well liked.
15)  We also respect those who always back the crew up when they are in trouble with the passengers.
16) Fair and firm in dealing with people is what we look for in a Captain.
17) Gutsy Captains like Tough and Gurum are well respected.

Of course there are some more captains worthy of our respect like Capt MS Leong, Sorrell, Peter Leo, Aubrey Tan  etc.(this one is likeable) but I think the above would suffice for now.

So budding captains please take note of the above points. They will somehow help you in getting your promotion faster than others. 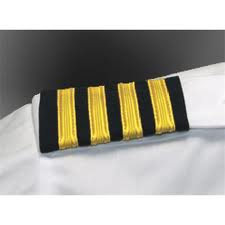 4 bars are captains, 3 & 2 are senior first officers, 1 bar are for second officers

Chips on their shoulders

plenty of tiko pilot in SIA.... looking for free or cheap fucks... even though the stewardess are other's gf or wives... really hope these pilot's mothers and grandmothers get raped by banglas or dogs in the ass!

Salary 20 to 30k a month and still pressure the cabin attendant to serve. Yaw kwee!!