The rich and generous gamblers

During our stops at outstation there were many things we could spend time on. One either gamble,smoke,flirt with women (not necessarily stewardesses) or drink . There were some crew who don't do  any of the above. They would perhaps watched TV or spent their time sleeping, shopping or window shopping. A few would look for business opportunities by networking with their passengers and friends.
Of course these days you have your laptops or iPads to keep you company.
As for me I used to visit casinos. I loved playing a game called Baccarat. 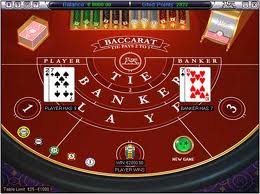 Briefly Baccarat is a comparing card game played between two hands, the "player" and the "banker." Each Baccarat coup has three possible outcomes: "player" (player has the higher score), "banker," and "tie." It is a game of chance with the casino having a slight advantage of about 1%.

It was at the Perth (Burswood) casino where I met a nice gentleman from S'pore by the name of Mr. Yap. He was a high roller at the casino. He wagered big stakes and as a high roller or a "whale" he was given free hotel rooms, meals, free first class air tickets etc.

It was around 2 am in the morning and there was myself, Yap, the card dealer and her supervisor. Many of the gamblers had left.
I got to know Yap after an hour at the gaming table. He had lots of chips with him, perhaps to the tune of a hundred thousand dollars. I had only about two thousands.
My bet was about $100 each time but Yap's bet was $5,000.
We got to know each other better as the game progressed.
Yap asked me where I was from and by his accent I could tell he was from Singapore. I told him I was a SQ crew. Later on we spoke in Hokkien.


At one stage, I was almost down to zero chips and Yap without hesitation passed me  2 pieces of $5,000 chips. I politely refused the offer but he insisted. He told me I could pay him in Singapore if I lose them.
We carried on playing and by early morning, Yap and I won.
Yap made about $50,000 and I about $3,000.
I returned the $10,000 I borrowed and we called it a night.


Yap told me he was a businessman and he visited the casino regularly.
He had his family with him most of the time staying at the casino hotel.
He had lost quite a bit (he has lost about $2 million in that year)and was actually wagering "small"  stakes that night when I met him.


There was another man I met on a flight to London. We knew each other. He used to own a few gambling dens.
On this flight, I visited a casino with him. He being a member signed me in.
In London, one has to be a registered member to gamble in any casino. I was not a member. It would take up to 48 hours to be registered as a member and it's free.
This gentleman was known as Wong. He didn't gamble much. We played the game of Baccarat and he won two thousand pounds . I lost a few hundreds.
After the session, Wong brought me to the casino restaurant for a complimentary meal. Wong was so rich and generous to the extent of giving me all the two thousand pounds he won that night. I thanked him and he advised me not to gamble since I was only a wage earner. He said he could afford to lose but not a wage earner like me.
There were other rich gamblers I had met but the above were the most generous.


I have visited the casinos in Singapore only twice. So far, my luck was average, meaning I didn't win much. I am less inclined to visit the casinos here because of the levy I have to pay to enter.