I am not ashamed to be one of them 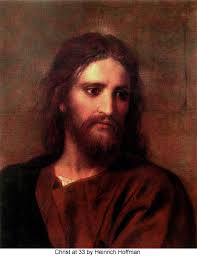 In 1978, I was baptised in the Name of the Lord Jesus  Christ following a Christian meeting in Rotterdam, Holland. Thirty years on, I still believe in the awesome message of  Brother William Branham, a great Prophet sent from God.
One of the things in which one could be identified with Bro Branham`s message is the belief in the great doctrine of the Serpent Seeds.
I dare bet my soul on the Message. If I were to die tomorrow or anytime and found myself in hell for believing the wrong doctrine I would be very sad.
But by God`s grace I know in my heart it will never happen for I will awaken in Heaven and meet my Blessed Redeemer, our Lord Jesus Christ.

One of my reasons for blogging this topic is because of the miracle that happened in cabin crew from 1978 onwards after my conversion to Christianity.
Many stewards and stewardesses were converted to the same Message as I had. Many were drunkards,gamblers,womanisers and so to speak "sinners". Their conversion caused a big stir in SIA because of the apparent and immediate changes in their behaviour. Overnight, they became church goers and renounced their sinful habits. Everyone who knew them, knew it took more than a human to change them. Yes, it took the spirit of God to change these crew. However, there were people who made fun of us. They claimed that our belief was a cult. The crew kept away from us because they were afraid they would be converted too.

I will blog about some of them whom God has done his great work in them.
Ex IFS Eddie Goh came to my mind as I blog about this subject. He was a staunch Buddhist back then. I hope Eddie would not mind me mentioning his name and so are the others. It is done for the glory of the Lord.
Eddie was sceptical when I testified to him of my miraculous conversion. The year was 1978 and we did a flight to Osaka. I think we spent 2 days there. It was a worthwhile trip spiritually speaking.
I did not expect any response from Eddie after the flight. He asked me many questions regarding Bro Branham and the miracles he did as well as his Christian doctrine during our night stop in Osaka.

I think it was the next early morning after we returned home that Eddie knocked at my door and told me he believed the things I have spoken to him. He asked for a bible and I gave one.
From that morning onwards, Eddie is a staunch believer in the Message. His wife, an ex stewardess was also baptised.

Alan Lim, a heavy drinker while listening to my testimony in a Hong Kong hotel was struck by a supernatural force. He became fearful and was also baptised. Today, he is one of the strongest followers of the Message.

There was a gay chief steward ( I do not want to mention his name for obvious reason) who was a heavy drinker and smoker. After listening to my testimony he went back to his hotel room, felt convicted of his sinful ways broke down and asked the Lord to forgive him. He was baptised in Rotterdam and is still a strong Christian and a very successful businessman.

Those were just 3 cases of the many who were converted.

A little note here about William Branham. This great preacher demonstrated thousand of times the power of the unfailing God. He raised the dead 6 times,told people the secrets of their hearts, healed thousands of cancer victims, gave sights to thousands of blind people besides healing others of many many sicknesses. Click here for more.
Despite the healing power Branham had, he was a humble man. He was born the poorest of the poor. He even prayed for King George the Fifth of England and healed him of cancer. Branham was presented with gifts and lots of money for helping people but he would reject them. He wanted to live the life worthy of the Gospel just like his Lord Jesus who had nothing of the worldly things.

I understand many of you would not believe this Message that I cherish but I understand. Life is short and it is temporary. This life is just a shadow of the real life that is to come after our death. That life is eternal. Spare a moment and ask yourself where is your next destination after this life.
God bless you all who have read this posting.


As We Lighters Will Say :-

U guys up there are great and GOD will definitely bless u and your loved ones.