SIA has invested in other airlines in a bid to expand beyond its Singapore base, although the results are often financially negative. In 1989, it went into a tripartite alliance with Delta Air Lines and Swissair, but terminated their partnership in 1999 after divesting their 5% equity stake in each other's company.
The airline purchased 25% of Air New Zealand in 2000. However following the near collapse of Air New Zealand the New Zealand government bought into the airline to rescue it from bankruptcy, reducing Singapore Airlines' stake to 4.5%. This was subsequently sold in October 2004 at a substantial loss.
SIA bought a 49% stake in Virgin Atlantic Airways on 30 March 2000 worth US$1 Billion in cash (rate was US $1 to S$1.42, present exchange rate is US$1 to S$1.22) in the hope of leveraging on it on the lucrative transatlantic market, but by 2007, there has been reports of underperformance and the possibility of divesting its stake. 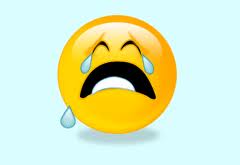 On 14 May 2008, the company formally announced an invitation for offers for its Virgin Atlantic stake, and publicly acknowledged that its stake in the airline has "underperformed".

Branson laughing all the way to the bank when some ignorant SQ ceo took a 49% stake in VS.