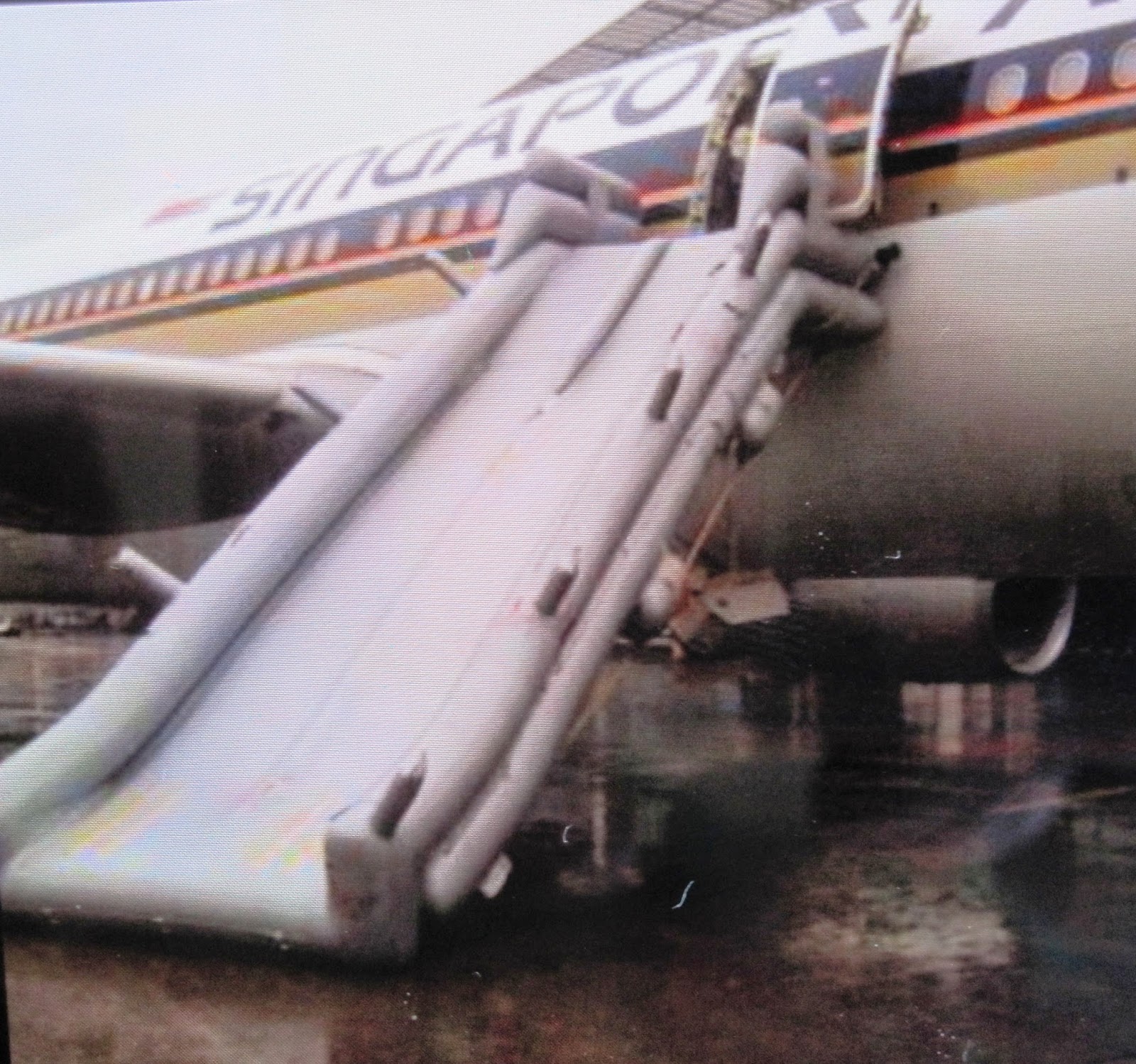 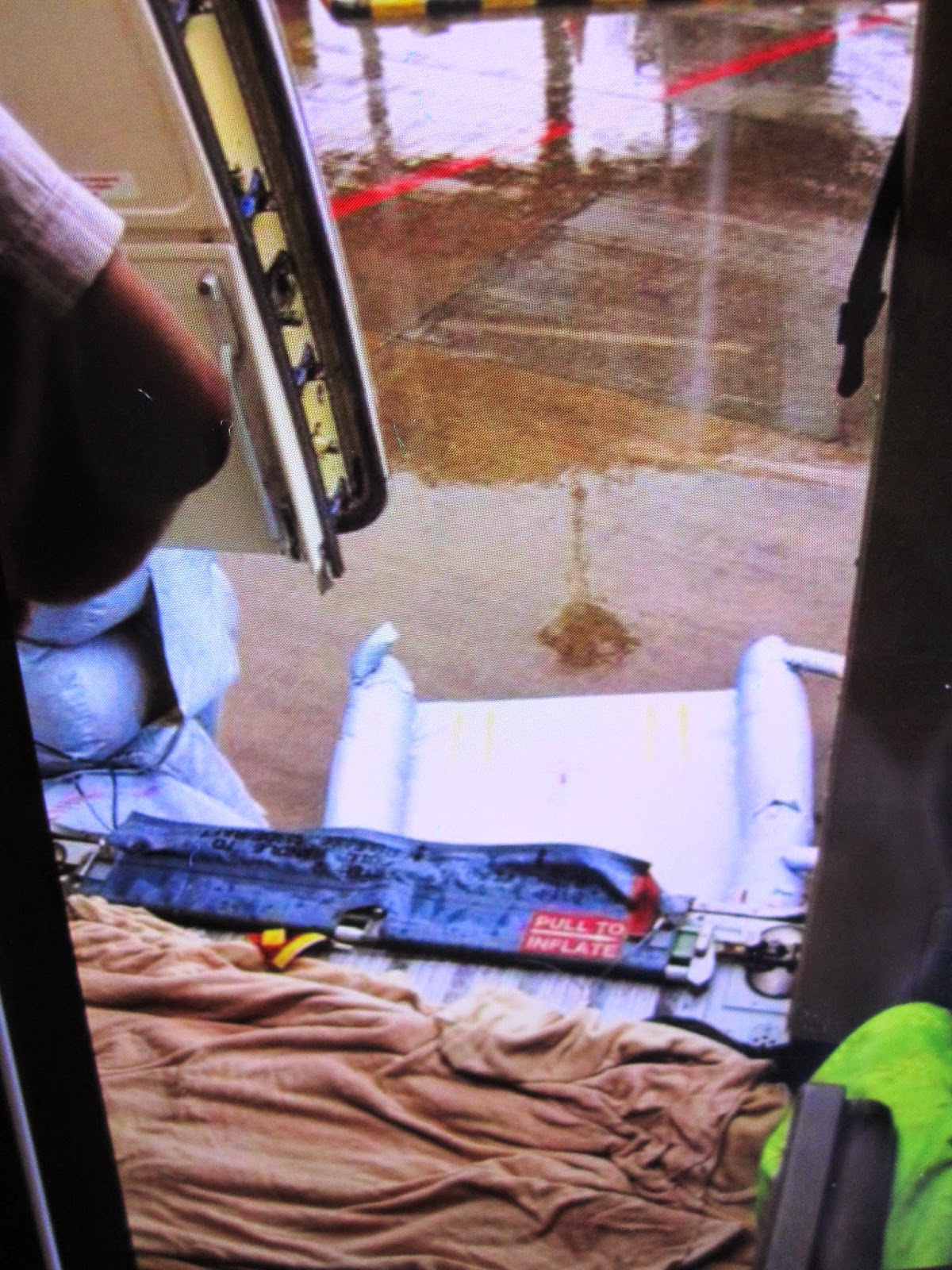 The above pictures showed the air plane evacuation slides deployed and inflated from the aircraft while it was on ground. It could have been inadvertently deployed by a cabin crew I was told.

An evacuation slide is an inflatable slide used to evacuate an aircraft quickly. An escape slide is required on all commercial (passenger carrying) aircraft where the door sill height is such that, in the event of an evacuation, passengers would be unable to step down from the door uninjured (Federal Aviation Administration requires slides on all aircraft doors where the floor is 6 feet (1.8 m) or more above the ground).
Escape slides are packed and held within the door structure inside the slide bustle, a protruding part of the inside of an aircraft door that varies in size depending on both the size of the aircraft and the size of the door.
Many, but not all slides are also designed to double as life rafts in case of a water landing.

Once the aircraft starts to move, you will hear a command from the pilots for the cabin crew to "armed" the slides (it goes like this... "cabin crew doors to auto"). The doors will remain in this mode until the plane touches down at the next airport. Once the engines of the plane are about to be shut down you will hear an announcement like this  "cabin crew doors to manual", meaning the doors would then be "disarmed".
When the doors are in the "armed or auto" mode, the slides will be deployed and inflate automatically if opened.

The above mistake would cause the flight to be delayed (it happened at outstation) and loss of revenue. The guilty party could be severely dealt with.