Ex chief steward upset with the union not the airline..continues...

After finishing my work around the Balestier area last evening, I proceeded to one of my favourites dessert stalls to eat the ginko nuts/red beans/soya bean curd. The stall was quite near to the coffee shop where I met James recently.
After looking around, I could not find James. I called him on my mobile and it took James a long while before he answered the call. " Hey SS what's up?", James asked me. " I am at the coffee shop near your place", I told him. " Sorry la I am at the turf club...don't you know it's Friday racing here?" he raised his voice above the noisy background as he talked to me. " Oh ya, it's racing night huh" I replied softly, not wanting the people around me to hear.
" Tell you what, I will see the next time ok?" James hurriedly trying to terminate the conversation.


Horsing racing? What was James doing at the turf club? Actually he is a small time punter and I understand he will stop punting and leaves the club once he reaches his winnings of  $100. He would do likewise if he loses that amount. So you see James is a careful gambler. In fact, James is a shrewd fellow and he is more a businessman than a gambler.
James used to be a small time money lender in cabin crew. He used to lend the crew at the max of $3,000 a time. The interest he charged was relatively low.  I am not sure he is still doing it as the law governing loan sharking is very severe.

Talking about horse punting, many in cabin crew went bankrupt indulging in this form of gambling.
One my colleagues who used to make a lot of money in the 1970s is now a bankrupt. Another steward had to sell his multi million house to pay off his debts. One ifs was divorced by his wife for getting into huge pile of debts. There were many who were hurt by this form of gambling.


Tit for tat between S'pore &  Malaysia. 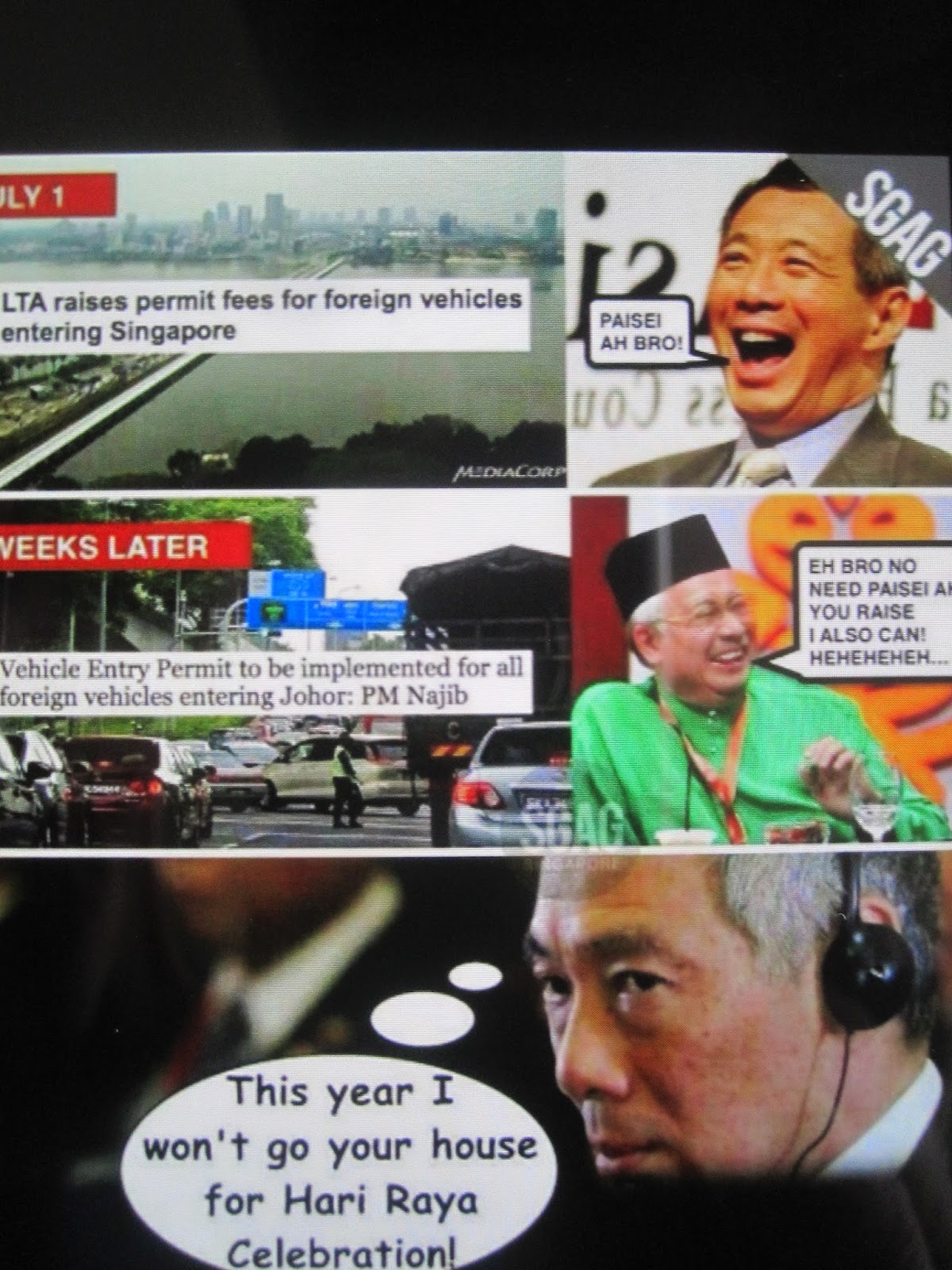 Many chances..... good old days standing along the staircase at BTC.

BTW I saw fat Albert at the HDB Hub last year.....he is now a housing agent doing HDB deals. Jack of all trades.

"Many chances" Ya I met him too at Toa Payoh Interchange.