What action has the airline taken against the inflight supervisor who upgraded his stewardess girl friend? Some people have asked me what was the outcome of the case regarding the upgrading of a stewardess to the business class by an ifs?
Just to recollect, a stewardess reported her ifs to the company for upgrading another fellow stewardess to the business first class while she was travelling economy class as a passenger (top image).
It is definitely an offence for the crew to upgrade a passenger to a higher class let alone a staff.
If found guilty, the said ifs would be demoted to a lower rank or may not have his retirement extended if he is reaching his final year with the company or sacked.

The accused has been punished by being "grounded" for a week in the office and waiting for his "trial or C I (Co.'s Inquiry)" which may be on 15/7 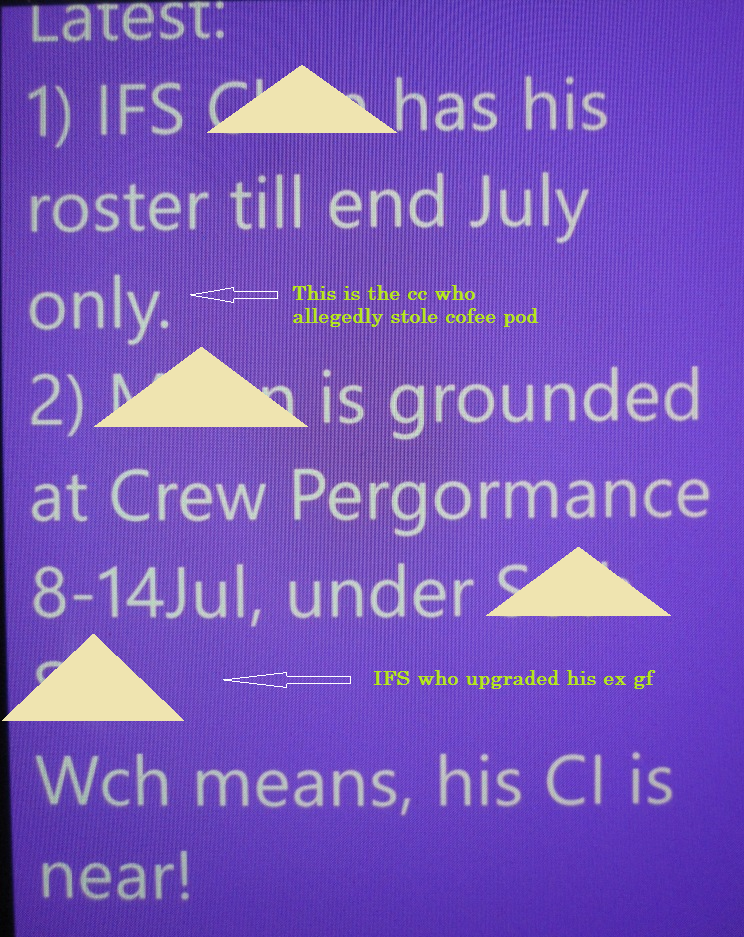 Well, I am waiting too as "Mr Justice Seed" told us that he will be impartial and serve the IFS the punishment althought they are good friends. Let'S wait and see.Oh, by the way, I am so curious as to why the company is still allowing "Mr Seed" to maintain his portfolio of "Mr Justice" for so many years.Even CCE,SM,SVP (in CC) and even our high court judges has duties rotation but not the "Justice" portfolio in CC.You call that fairness and impartial??

This Extract Taken from Frogland
To Answer the above question:

Some records show that in captivity, many species of frogs and toads can live for surprisingly long times. They seem generally average somewhere between 4 and 15 years!

Recently I ran across a page where people were posting data about how long their species of frogs had lived in captivity.
The longest lifespan entered was a European Common Toad (Bufo bufo ssp.) at 40 years!!!!!

Other species which live to ripe old ages include:

Hangman job is for life.

No one else wants to do... so no replacement

To IFS M. You deserve this. I was waiting for this day. Same as to some others as well. I am waiting, watching, hearing..

It took so long (since Jan) to take action against ifs Moon? Is it due to his frenship with Sex C?

Anonymous said...
To IFS M. You deserve this. I was waiting for this day. Same as to some others as well. I am waiting, watching, hearing......

Unfortunately there those who take pleasure in the misfortune of others. Sigh.

Spare the circus performance and resign.

Too bad the road ended like this... what to do?.. the witch hunt has been on going since 2003
Thats why the hang mans job is never done.

He set for life. If company paid him for every case,... with higher ranks being paid more than lower ranks.. whalau!.. boom town charlie beyond 65 yrs man!

The ifs was punished by being grounded for one week by doing office work. It is unfair.

To be fair,Sexy is just doing his job......and mind you......he's is very good in it. Sow some emphaty for Sexy,he also has a family to feed,he also possess a primal survival instinct in him. It's always the 'better him than me' mantra that makes these people survive and thrive. As they say,don't blame the hatchet man,blame the offender.