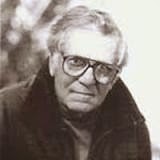 On checking the passenger manifest, I was surprised to find Mr Morris West, the famous Australian novelist and playwright was on my flight. He was travelling in the first class. Morris West was best known for his novels The Devil's Advocate (1959), The Shoes of the Fisherman (1963) and The Clowns of God (1981). His books were published in 27 languages and sold more than 60 million copies worldwide. Each new book he wrote after he became an established writer sold more than one million copies.

I was truly honoured to have served Mr Morris West. Since he was tired and resting most of the time on that flight between Melbourne and Singapore, I had just a couple of minutes to strike a short conversation with him during the meal service. He came across as fatherly and friendly. He was unassuming too.

During our conversation, I can't remember the reason why he asked for my age. All I can remember was that he told me I was a "baby". Perhaps he was comparing my age with his. I think I was 50 years old then and he was 80. Relatively speaking I was indeed a "baby".

Three years after we met, Morris West passed away. The year was 1999.

James A Michener was my passenger in the first class cabin. I have read many of his books, and his first book South Pacific was adapted as Broadway musical by Rogers and Hammerstein. Michener was also a great philanthropist. He died in 1997 at the age of 90.