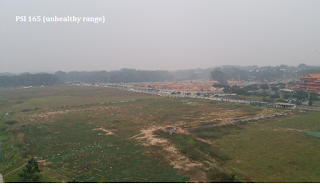 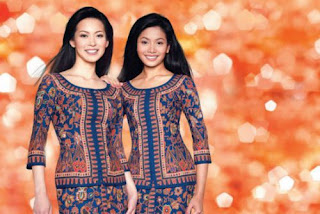 
Singapore's Foreign Minister and the CEO of SIA were summoned by the Indonesian government to Jakarta yesterday for an emergency meeting. It was about the Singapore's media criticisms of the Indonesian government over the haze situation which is paralysing the city state.
The VP of Indonesia who was at the meeting angrily told the Singapore delegate they should consider themselves lucky that "for 11 months they enjoyed the nice air from Indonesia and they never thanked us". ( link )
He then accused the Minister and CEO for not fulfilling their promises which were made earlier this year.

The promises or agreements were:
The Indonesian authorities have warned their Singapore counterpart that failing or non compliance of any of the above will result in them sending more haze over several months a year. The people in Singapore will have less that 11 months of "nice air from Indonesia" to breathe in a year.

SIA CEO then explained that its cabin crew division is tirelessly recruiting as many Indonesian stewardesses as possible, hence the frequent interviews in Jakarta.

"SIA is not recruiting fast enough...!" the VP shouted at the CEO. "Do you want more thicker and deadlier haze than you have now?" he asked angrily.


Singapore FM remained quiet like a mouse, fearing what Indonesia could do his small tiny "Red Dot" island. "This is not about a town council issue which I could yayapapa the voters but this is about a big brother who could fart at us with posionous gases ",  FM quietly told himself.
Mama drama SIA CEO tried to explain further the constraint he has in trying to swiftly comply with Indonesia's demand regarding the SQ Girls issue.
At this juncture, Singapore FM was visibly annoyed with the CEO and before he could finished, FM kicked CEO in his balls......" Ouch !!!" the CEO let out a piercing scream.
The scream was so piercing and loud that I was jolted out of my deep sleep. Then I realised it was all a dream.
When I started to analyse the dream, I realised I've been thinking a lot about the frequent recruitment of the Indonesian girls as SQ Girls as well as the current haze situation.

Don want la cos those belong to pap hehe

Is this for real?

Iam speechless if this is true. this company has gone beyond any help.

The fact that you even asked if its real??
My goodness! Too many brainless people around.
Pls do yourself a favour and remain speechless.

Haha so many seow lang

you scratch my back i scratch yours. clean air for employment.

Hahaha both the post and comments are so funny.

The whole thing is to entertain mah. If not funny Bohtong will be out of business hehe no offence mr bohtong.