We boot our staff not passengers

A passenger was forcefully dragged off a United flight due to an overbooking situation a few days ago. The video of the incident went viral and United received condemnation from all over the world.
The victim was off loaded from the plane to make way for a United staff passenger. Many airline crew will appreciate this type of employer. It is called staff welfare. However, some airlines would not boot a revenue passenger just to accommodate a staff.
Below are 2 photos that have been circulating widely and they showed 2 contrasting employers in regard to their handling of passengers and staff. 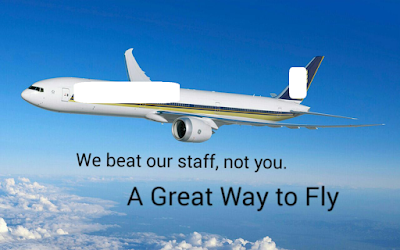 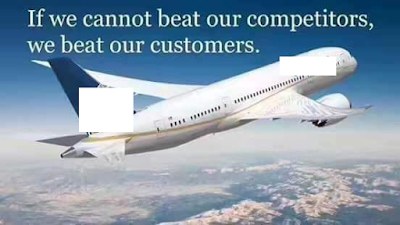 Love seeing the banter between airlines. Reminds me of the recent Malindo bra controversy. United went too far.

I believe those staff are dead heading staff. If they miss that flight it means another AC can't depart.

Those paxs who have been mishandled on United should file their cases in court to see justice done. Like it or not, America is a racist country.

Those paxs who have been mishandled on United should file their cases in court to see justice done. Like it or not, America is a racist country.