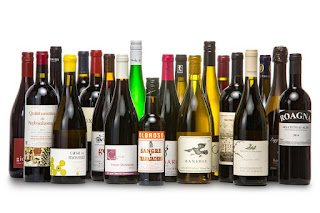 I've been told that the stewardess who "off-loaded" the aircraft wines which was meant for the passengers was asked to leave the company. The whole thing would have been hushed up if she did not flaunt the stolen wines in her Facebook. FYI, there are executives in the office whose job is to trawl the Internet and catch crew who post in the social media about their work (crew are prohibited from talking about their work or work related matters in the social media).
Also, it was unfortunate for her chief steward to have given her the wines. He too will be facing the sack. He would have not been caught, had he not shared his loot with the said stewardess..
The unauthorised removal of company's property/properties by any staff/crew is a serious offence and any staff/crew who is guilty of it will face the sack.

Sequence:
1) It was shared on Facebook
2) Graded staff who were ex-crew viewed and talked about it
3) Someone paodou and surface to AO hence CI was taken

Alcohol isn't a freebie for staff, it is meant for pax which is expensive cost to the company esp during the major restructuring exercise to make SIA more cost efficient. Just eg: cost of alcohol is $1000, 50 flights a day. It is already easily $50,000 a day. Multiply it by 365 a year.

Thats the reason why ...

never trust a CCE or ex CCE
There is something about their character that
drives them to want to tell higher management
about crew doings.

They behave like teachers' pet.. always eager to
report about what happens in class, who fought with who..
who moved the teachers table... etc.

Then again this FSS is first class idiot too.
They say successful people cannot keep quiet.

Readers can decifer the correct from the autocorrection.

Well educated but so shallow in understanding simple regulations. This incident reminds me of a certain soccer match fixer who fled Singapore after the red alert was flashed on him. Reportedly, this fixer, an Indian male, had fled and left a trail of evidence on his FB account. The SPF traced him, brought him back and charged in court. He was sentenced to a jail term. Should have closed his account.

Human nature to boast about success.
Regardless if criminal or not, in terms
of personal effort, the deed was successful.
You got what you wanted, so human need to talk
and boast. In a way its goading people to apprehend you.
Matter of time.
It is rare to have someone keep quiet about being successful.
Need not be verbal. Just buying a mercedes or lamboughini, a condo
when its difficult to justify on salary.

Test yourself. Take something expensive from your office or anywhere else.
How long can you keep quiet? Will it go into the coffin with you?

Human nature is as predictable as sunrise.