Unfair for QR to compete

Qatar Airways has dethroned Singapore Airlines and is once again the "World's Best Airlines" in 2019, according to SkyTrax. This is the fifth time Qatar has won the title.
What has made Qatar such an excellent airline when it is making losses year after year? In 2017, Qatar Airways lost USD703 million (S$952 million). Other years' losses were not disclosed.
According to this report , Qatar Airways has received USD 26 billion in subsidies since 2004 from the Qatari government. The airlines has been accused of using the subsidies to dump airlines seats on the market at artificially low rates. The money has also been used to upgraded products or buy new and expensive hardware for passengers' comfort and entertainment.
If the subsidies are true then it is unfair for Qatar Airways to be included in the " World's Best Airlines" competition. 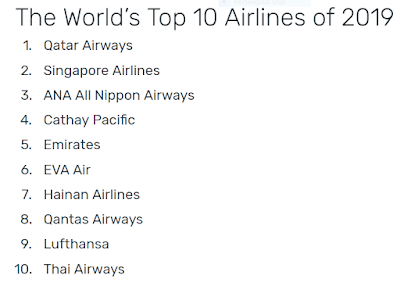