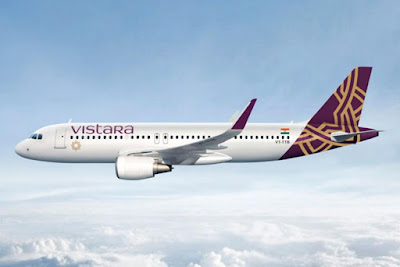 The money losing Singapore Airlines backed Indian domestic carrier (SIA 49%, Tata 51%) Vistara will start its first overseas flight to Singapore from New Delhi and Mumbai from August this year. Vistara in Sanskrit means "limitless expanse".
Vistara is in need of many cabin crew. Its Walk-In interviews for the crew are ongoing throughout 2019 (on Wednesday only except public holidays). Occasionally, it also conducts online interviews. Most of the interviews are conducted at its head office in Gurgaon, 30 km southwest of the national capital New Delhi.
Most airlines in India impose a training fee of about S$1,000 on its new cabin crew. However, Vistara does not charge its new crew the training fee.
Most Indian domestic airlines pay its cabin crew an average monthly salary of S$900. The international airlines cabin crew gets around S$1,400 per month.
The applicants must be Indian Nationals,fluent in Hindi and English, age from 18 to 32 (for details visit www.airvistara.com).
We wish Vistara great success in spreading its wing to international destinations!

Note: The information provided may not be necessarily accurate. Please refer to the respective websites for accurate information.