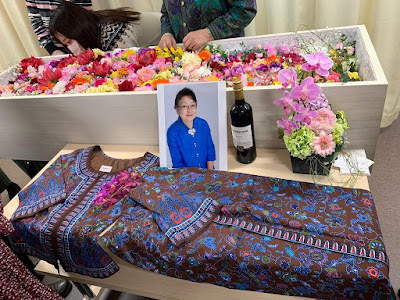 Sato san or Miss Sato passed away after battling colon cancer in Tokyo, Japan at age 74. She was from the first batch of MSA Japanese flight stewardess. She joined MSA, the predecessor of SIA in 1967. After her contract with SIA expired, she flew for Qantas for a few years before joining SIA again as the Japanese stewardess supervisor. She was given the boot after complaints from the Japanese trainee stewardesses and mega ward leader regarding their accommodations and welfare etc.
RIP Sato san!