He has been avoiding me since we retired from SQ. Never once he would want to join us for a chat or a meal even invited. He gave the excuse that he was afraid that I would blog about him. He never once thought that when he is no longer here I could still blog about his past. He was a nice chap and I like him all these years as colleagues.
RIP KS Goh and according to your wish when you here with us that I should not say anything about you in my blog, I acceded.
Good bye my friend, I wish we had met during all those years when you were still alive.
6 comments: 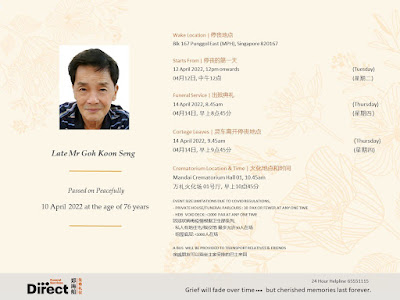 KS Goh former IFS passed away today due to pancreatic cancer.
No comments:

Helping a foreign stewardess in trouble

She was a foreigner and had bought my e-guide for cc wannabe after which she was successful at the SIA cc interview. While she was working in Singapore, she was arrested for theft. I bailed her out. To cut a long story short she was charged in court and fined $2,000.
Her parents were grateful to me for helping their daughter. As you can see I am not only helping people get into the airlines but look after their welfare.
Below is part of an email her father sent me. 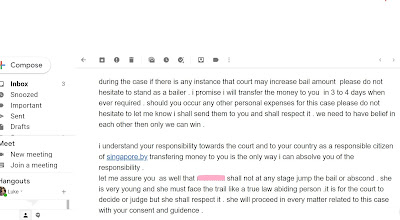 Free e-guide for SIA cabin crew wannabes going for the face to face   interview in pdf. Please email me if you are interested at ccwannabe@gmail.com

In 1968 when I was a young and newbie steward, I was shocked to hear one of my senior colleagues was sacked because he slapped a stewardess on her buttock.
Fifty four years on, an inflight manager was sentenced to 5 weeks in prison for doing the same thing. Nothing has changed except that the latter was charged in court and sentenced to a period of time in a prison.
Molestation will repeat itself in the next umpteen years to come. The male crew (not all) cannot resist the temptation of "touching" their female colleagues in their tight fitting and sexy uniform. Even passengers in the past had been jailed for sexually abusing the stewardesses.
Many male crew had escaped punishment by the law in the past because the victims did not report the matter to the police except that particular case. I fear that the case had set a precedence and more male crew may fall into the trap. Any solution to this problem?
2 comments: 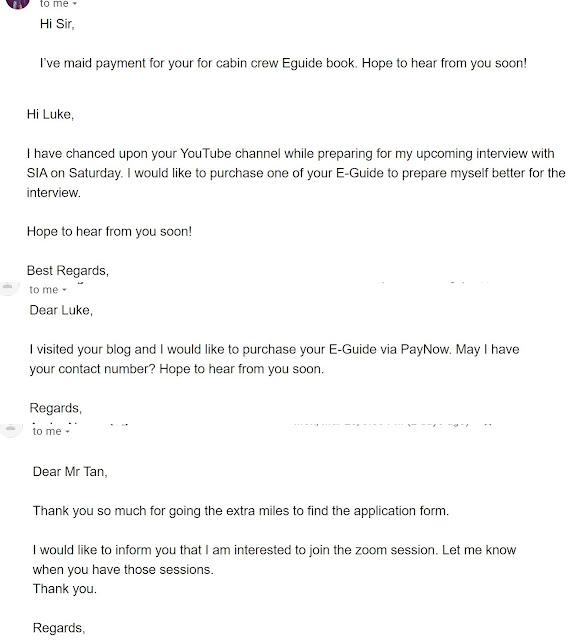 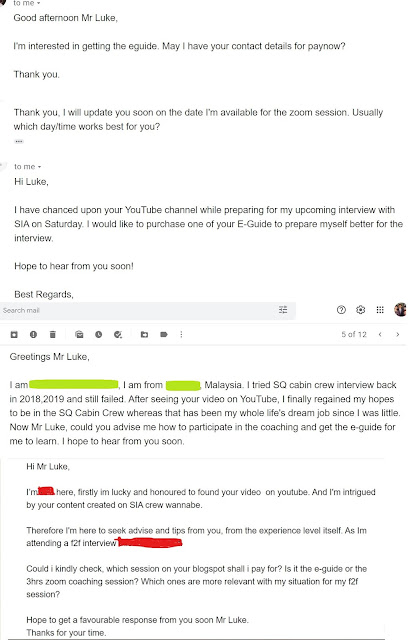 I post the above to show those sceptics who had left negative comments regarding the cabin crew job in my last few posts that they are wrong and unable to discourage others from joining the airline. There are so many young men and women whose dream is to be stewards and stewardesses for SIA. Hundreds if not thousands have applied for the job in the last few weeks. Scores have passed the interviews and dozens are starting their training in a couple of days from now (first few batches starting in April).
Good luck to all those who are so fortunate to fly with world's BEST airline. Have a great career with SIA just like I had for 35 years!
5 comments:

It's an exciting time for those young women and men who want to join SIA as cabin crew. SIA has invited people after a break of two years to apply online for both Singaporeans and Malaysians.
SIA requires between 700 and 800 new crew for its Northern European summer schedule. Besides, it will aggressively promote many of its current junior crew to the rank of leading and chief.
Judging by the attendances at the last few weekends of the face to face interviews at STC (SIA Training Center), I can safely say that many wannabes are not being deterred by the pandemic or the negative comments posted by some "sour grapes" in this blog.
If I am young again, I would have joined in the fray to be a steward with the world's best airlines.
Seldom an "O" level in the outside world can be paid as much as $4,500 a month in salary. A senior crew can even earn as much as $10,000 a month if he or she is on the ULR (Ultra Long Range) fleet.
There were crew who complained publicly that flying has lost its glamour because they are disallowed to leave their hotel rooms during their nightstop at overseas stations. This measure is only temporary due to the pandemic.
To cut a long story short, nothing can and will discourage people from wanting to be a cabin crew with Singapore Airlines.
3 comments:

Someone posted the following in a forum: "They told me their annual salary was more than $100k. One could buy a small condo and owned a HDB..."  Continue reading here

Two young ladies and one guy were successful at the last weekend cabin crew interview after purchasing and studying my e-guide.
Congrats and hope you will have a great career with the world's best airlines, Singapore Airlines!!!... read here
5 comments:

My response to the negative comments

Below are some of the negative comments regarding the cabin crew job. My response to the comments are in red. There are countless such comments. Don't really know who these people are but my guess is ex cabin crew who for some reasons retrenched or sacked by SIA and some members of the public.

1) It's true CC can visit many places in few years than most people in lifetime - the job shouldn't be a lifetime career. Just ask the senior crew who still 'stuck in the air' after 30+ years because once grounded, it's taxi driving time. (Some PMET replaced by foreigners are also driving taxis and Grab)

2) Hi Boh Tong, you can share this article on your blog for CC to know that age 40 is hard to get a job unless wanna be taxi driver, etc..(Cc can work beyond 40. Even then what's wrong with driving taxis?)

3) So, CC have to be sure that it's the job they want to do next 30 years (Cc can quit anytime and they will be paid gratuities by SIA. Which companies pay their staff when they resigned?)

4) Those 5 O levels or nitec people lor. Beats doing grab anytime (Nothing wrong with driving Grabs or taxis. It pays relatively well. Besides one can use the cars and taxis for their family and leisure)

5) there is no status and glamour as a crew in the first place (Which job has glamour and status...politicians, pmets?)

Why discourage the wannabes to be cabin crew?

SIA requires between 700 and 800 cabin crew for the Northern European summer flight schedule. It is frantically interviewing crew last weekend and for the next couple of weekends. In my other blog I have encouraged people to go for the interview and judging from last weekend's turnout at STC, indeed hundreds had gone to STC.
The is no walk-in interview anymore. So those who attended the face to face interview are candidates who had been shortlisted after submission of videos of themselves to SIA.
My concern is that some people (ex crew, current crew as well as some members of the public)are discouraging the wannabes not to fly for SIA. They cited reasons like flying has no  future, exposure to Covid-19 etc. My request to those people is that give these young men and women a chance to get their dream job. This is the best time to get into the airline. The reason is because SIA is very short of crew and it's much easier to be recruited during this period.
Wannabes go for it and don't let the pessimists and others discourage you.
6 comments: 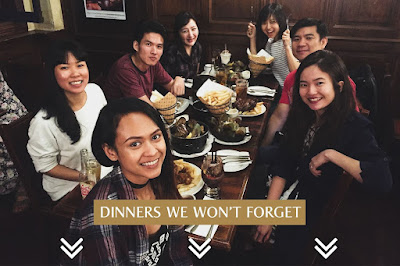 Our cabin crew reminisces on some of the best meals they’ve had overseas and the food they can’t wait to try again after Covid-19.

A senior male cabin crew was jailed for 5 weeks for molesting his female colleagues ...read here
As far as I know, this is the first time a case of such nature has been reported and action taken in a Singapore court.
3 comments:

Stressed and anxious to be confined to a hotel room

I stumbled across this report in a newspaper titled
'I dread my flights': Some SIA, Scoot air crew feel toll of movement restrictions they face while overseas..."
Couldn't believe a cabin crew could tell a reporter about her being "stressed", "anxious" etc when confined to her hotel room while on her nightstops overseas ....read here
In the outside world, many are worried about losing their jobs while the crew are being paid to be "confined" in a hotel room (with meal allowances paid by the employer ."The woman in her early 30s, who asked that her name not be published, recounted a recent incident in which she was overcome with panic as she prepared to embark on a flight to a destination where she would be required to remain largely confined to a hotel room"
Any comments?
11 comments: