Latest on the outraging modesty case

The final decision is out on the IFM (Inflight Manager) case on alleged outraging of a stewardess's modesty. The IFM has been allowed to resign instead of being sacked and also a payment of 3 months salary. This amounted to about $15,000 which is quite good. Had he work till aged 62 (he was a few months before retiring) he would received a $20,000 gratuity.  In fact, MOM and SIA has been magnanimous in their approach to the IFM.
I heard from one the IFM's golf kakis that the stewardess took vengeance on him for having corrected her on some work issues. Another crew told me that this particular IFM has chided the union for securing the $20,000 gratuity for those IFM who retire at 62. He expected a bigger sum of gratuity. I understand he is an opponent of the current union.
On a separate note, I heard the victim may take a civil suit against the IFM. If it is true, the whole saga is not closed yet.
9 comments:

There was a senior member of cabin crew who was fired due to some disciplinary issues. The matter was brought to the MOM. After a lengthy investigation, the company was ordered to pay him a compensation of 170k. He demanded for reinstatement but was unsuccessful.
Therefore, I think in the recent case of the IFM  he would not be reinstated but may receive a goodwill payment (not compensation) of a few thousands. Probably, the company would let him resigned instead of firing him. Also he won't be receiving much because his case was more serious than the one I've explained.
5 comments:

The IFM in the molest case has lost his appeal. However, if he feels that his dismissal was unfair he can approach MOM for help.

Latest update:
The whole incident was not about molest,I was told. It was about outraging the stewardess`s modesty. Removing the ball point from her kebaya without her permission and the alleged rubbing of his hand against her "breast"  was deemed to have committed an act of outraging her modesty.
I also understand that an appeal will made to the MOM (Ministry of Manpower) to hear the case.
19 comments:

Another case of alleged molest

The last case of a male crew (IFM) found guilty of outraging a stewardess's modesty was a few months ago. In this case, the IFM was allowed to resign instead of being sacked (click here).
Today, I've received a message stating that another IFM is under investigation after a foreign stewardess lodged a complaint that she was molested by him. I am not going into details about the case as it is, at this juncture, an allegation. 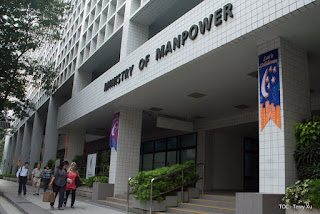 The IFM who was fired for outraging the modesty of a stewardess has approached MOM for assistance. The news is out and the decision is final. By accepting MOM's decision,
he cannot sue SIA for wrongful dismissal. Guess what's the decision? Keep your comments/guesses coming.
13 comments:

He did nothing wrong,only shine the torch mah!

Was the action of the supervisor that serious? I mean shining his torch on the female crew. Well unless the torch was a human torch. But here we are talking about the real torchlight.

There were times when the hospitals use the light from the torch to operate human beings. Yup I am talking about places like the jungle in Africa or some wilderness and even in India when electricity was a scare commodity.
There was a case in UK when the hospital workers switched the electrical power and left the surgeons using the light from the torches to operate on their patients.
It will be a mistake to fire the supervisor over such a petty thing.

There was a time, a chief steward was reprimanded for illegally entering a stewardess's hotel room and stripped himself naked in the presence of the sleeping stewardess. That case was serious enough to warrant a sack. The CS was later on promoted to supervisor (some years later).

We sincerely hope the company will be gracious enough to pardon the supervisor in the coming Discipline Inquiry. In fact, he should be charged with being "mischievous" but not molest nor outraging the girls' modesty. In the most severe situation he should be given a warning and nothing more than that.
1 comment:

Don't blow your job away 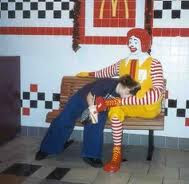 A senior steward got into trouble with the company because he used terms like "blow job" & "French cap" in the presence of the stewardesses during an off duty drinking session.
The steward was suspended from flying awaiting a disciplinary enquiry which may see him getting the sack or demotion or at the least a severe warning for "outraging the girls' modesty". 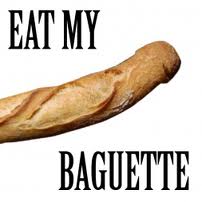 Was the law fair to him?

Bob, a passenger, told the stewardess (Sue) he wanted to use the toilet urgently. She was carrying out her meal service on a large cart,parked along the tiny aisle. She told him she would reverse the cart and let him pass once she was done with one of her passengers. "It won't take more than a minute" Sue told Bob.
Sue stooped down to bring out a meal tray for a passenger  and that was when Bob squeezed through the tight space between the seat and the cart. In so doing, Sue who was squatting down at that time alleged that she felt "something " hard protruding from Bob's pants rubbing against her soft face. Sue accused Bob of outraging her modesty and complained to the Captain and her in flight manager about the incidence.
As soon as the plane touched down at the airport and the doors were opened, the security officers arrested Bob. A police report was filed by Sue.
Now Bob did not take the whole episode lying down. He took up a lawsuit against the airline for causing him much embarrassment and tarnishing his good reputation.
After a few months of ding dong battle between the court, the prosecutors and the defense counsels, Bob lost the case. It was established that a woman and more so a stewardess would not wanna make a bad name for herself by highlighting the case publicly if it wasn't untrue. The judge said that the stewardess has more to lose.
The above happened to a foreign airline some years ago.
4 comments:

He was a weirdo!

Often i would bump into cc at shopping malls,foodcourts,orchard road or other places and some would make me recalled of the things they did which most would not forget.
I bumped into a retired senior cc recently and can't help but began to recall his infamous act which he committed when he was a chief steward. Every crew during that time knew about the scandal he was involved in.
Let's call him "Camel". During a night stop, he was so charmed by a stewardess that he tried dating her but to no avail. She had a boy friend and wasn't interested in Camel and so she kept putting him off.
One night, Camel was so overwhelmed by his lust for her that he went into her room while she was asleep and stripped himself naked.
Camel's uncontrollable excitement woke the stewardess up. She was shocked to see her chief steward standing naked in front of her and she let out a loud scream. Camel was shocked too and fled half naked to his room which was situated next to hers.
The next thing that happened was Camel was found guilty of outraging the stewardess's modesty and was demoted to a lower rank.
3 comments:

So what's big fuss about? Did the steward rape the stewardess? It's the media again.I bet with this type of news,the newspaper sales are up,be it Chinese or the English language paper.
There is no such a thing as one colleague raping another. Molest or outraging the modesty of the girls are more likely than rape.
The media reported that a hotel worker opened the door to the stewardess room so the steward could get in. Rubbish! First of all most of the modern hotel rooms could be double locked or chained from inside by the occupants. Unless the worker saw the chain off,it is almost impossible for one to get in from the outside.
If the alleged rape had taken place in the stewardess's room then who is to blamed? Surely the steward must have been allowed into her room.
The other point I want to make is there could be many reasons why the girl cried "rape". There were cases where the male crew were fixed up. In fact, if you follow my blog,there was a case whereby a stewardess demanded $5,000 to settle a so called raped case.
Well well before you jump to any conclusion about me siding the steward,you better think again. I am not siding anyone but just giving my 2 cents worth.
There again,the stewardess could be molested or "raped" if you like.
There are a few "hungry wolves" amongst the senior male crew. They are unlikely to be rapists because they are smarter than that. They may use their positions of influence to subtly blackmail the girls into submission.In that manner,they would get away with molestation.
This "rape" thing will never end because as long as there are a mixed of male and female colleagues in the plane there will always be "rape" or "molest" etc. More so if the nightstop places are as boring as in the Middle East.
No comments:
Home
Subscribe to: Posts (Atom)