Inaugural Singapore Airlines A-380 dining experience takes off at Changi...

Cathay Pacific Airways (CX) is cutting the pay of pilots by 40% to 60% according to SCMP. Some top level pilots have been earning as much as HK$4 million a year or S$58,000 a month including housing and schooling allowances. Even, say after a 50% cut, they will be taking home about HK$2 million a year which roughly translate to S$29,000 a month.

SIA pilots' salaries are nowhere near CX's pilots' as the former score around S$12,000 per month after the 50% cut as announced by SIA a few weeks ago.
For more read here
Exchange rate is S$1= HK$5.70
No comments: Effective today, this blog will not allowed anonymous comment. The reasons are :
If anyone want to comment, one must have a Google Gmail account. In this way, there is accountability.
4 comments: 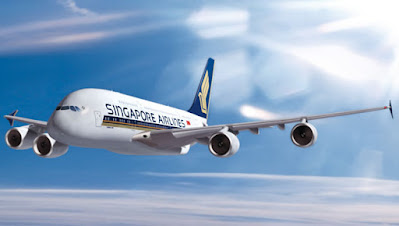 Image: courtesy of SIA
Starting 9 November this year (next month) SIA will be flying non-stop from SIN/JFK vv 3 times a week. The flights will carry lots of cargo and a limited number of passengers due to social distancing. SIA will be using the long range A359 aircrafts. The normal pax configuration is around 250 for the 3 classes.
The flights will take about 18 hours to JFK and slightly longer on the way back due to headwind.
The announcement of the above has created a lot of optimism among the travel industries and the crew.
No comments:

Will crew be paid?

Cabin crew working at Restaurant A380@Changi this weekend will be paid about S$150 each. Hopefully, this will help dispel the online rumor that they will not be paid.
1 comment:

Heng passed away peacefully yesterday morning. May his soul RIP. 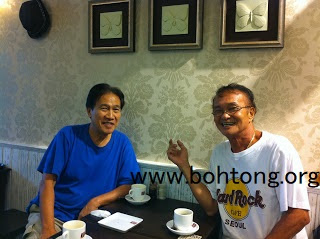 Boh Tong & C.H.Heng (in white T shirt): Photo taken in 2015
Heng is a well respected IFS who retired more than 10 years ago. I knew him as an easy going guy who was a martial art exponent. During his retirement, he manufactured ointments (almost went commercial) and treated the poor who had joint problems etc for free. Many domestic helpers came to Heng for treatment. A kind man indeed. May he rest in peace! 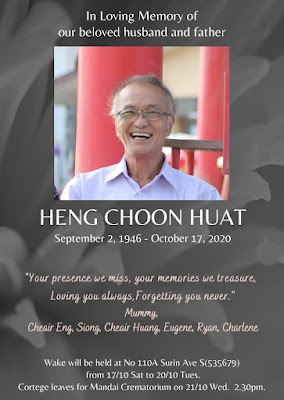 This is the tenth anniversary of my friend, ex colleague and former general secretary of SATU (Singapore Air Transport workers-Union) R. Doraisamy's passing. The video was taken about a year before his demise.
3 comments:

I've removed the post on Aleem at the request of his family through a third party. Notwithstanding the removal of the post, I stand by what I've stated in my blog post to be true. However, I would like to extend my sincere apology if the post was deemed offensive and hurtful.
12 comments:

Bookings for SIA's Restaurant A380@Changi sold out in just half an hour... Read here
It's a pleasant surprise that 900 meals had been sold in just 30 minutes. We are happy for our national airlines SIA. Hope more could be done so that SIA will survive and in a better shape than before post Covid.
I wonder how many delivery meals were sold?
4 comments:
Older Posts Home
Subscribe to: Posts (Atom)